In 1980, 32-year-old Mansour, traveled to Belgium with his friends, bought cars, and made a road trip across Europe back to Lebanon, a country that was already tired of enduring five years of a civil war.

Today, 39 years later, retired Geo-historian Mansour (70) still lives in Beirut, having never traveled since. It was only after his daughter, Angie (30) left to Europe to study that strong memories of the most adventurous time of his life are reawakened.

Angie invites her father to Brussels to look for a new car and go on the same journey he once did.

But the path once taken by Mansour is no longer the same. Of the 4,000 kilometers he had crossed, countries have disappeared and others were born. Some borders have faded while others have emerged. Dictatorships have risen and fallen. Wars were extinguished and others broke out causing deaths, destruction and immense displacement. And Lebanon, caught between the sea and two wars, is no longer accessible by land.

In the enclosed space of a car, the journey of rediscovering the distance between Europe and Lebanon becomes an intimate discovery of the new father/daughter relationship beyond the borders of their typical family context. 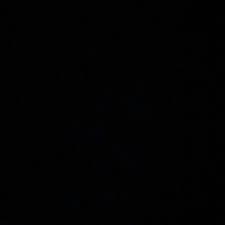