'Gardenia' tells the story of great love, bitter disappointments and self-doubts - but most of all of courage. The courage to take risks, to try something new and be yourself - no matter what age. The film dives deeply into the exceptional and heart-warming stories of a group of transsexuals and drag queens in their sixties and seventies. The cast has been through it all. Theyʼve gone from rock bottom, to clawing themselves to the top only to fall again. They have worked as performers and prostitutes, been shunned and embraced, undergone sex changes and experienced every shade of love, loss, humiliation and joy imaginable in their long and complicated lives. But they have summoned up their bravery to take the stage one last time. For two years they have been touring in five continents, basking in the success of a spectacular show called "Gardenia", directed by Alain Platel and Frank Van Laecke.

The renowned director Alain Platel is widely known as a revolutionary, visionary and innovator of international dance theatre, transgressing the borders between dance, theatre, music and visual arts. Stage "wizard" Frank Van Laecke has gained a reputation in directing operas and musicals, both for theatre and TV. Now, as the show comes to a close, the glamorous aging performers must leave the limelight and go home to the quiet lives they left behind. 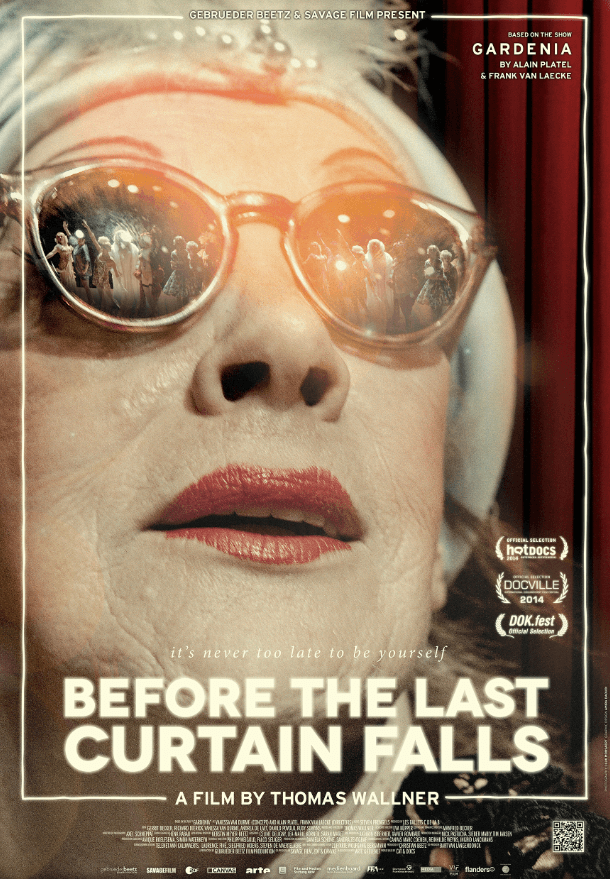